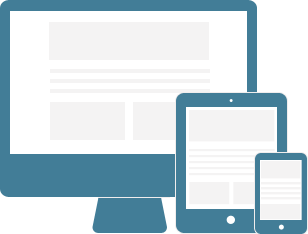 The main goal with my work in interaction design is to create natural and user-friendly solutions that emphasizes the core purpose, both for the end user and the sender.

I create wireframes and prototypes depicting frameworks, user flows, navigation and page templates. In most cases the solutions work in similar ways and independently of the end user´s choice of device to access.

Additionally, I work a lot with testing and prototyping as basis for further development but also as a tool for visualization and getting the ideas across.

The combination of graphic design and interaction design is what makes up most of the user experience, and is the end user´s first impression of a web site or specific functionality.

I mainly create interface design for web sites, such as navigation elements, buttons and other interactive elements, but also digital ads, newsletters and campaigns.

When producing the graphic design I have often also been responsible for creating the interaction design and this has helped a lot in getting a good overall user experience.

Portal for secure access to external and internal services. Developed with basis in the mobile experience.

Concept for external campaigns and ads for web sites of Försvarsmakten.

A platform for the customers of Avanza Bank to have their say on what is developed for the new site.